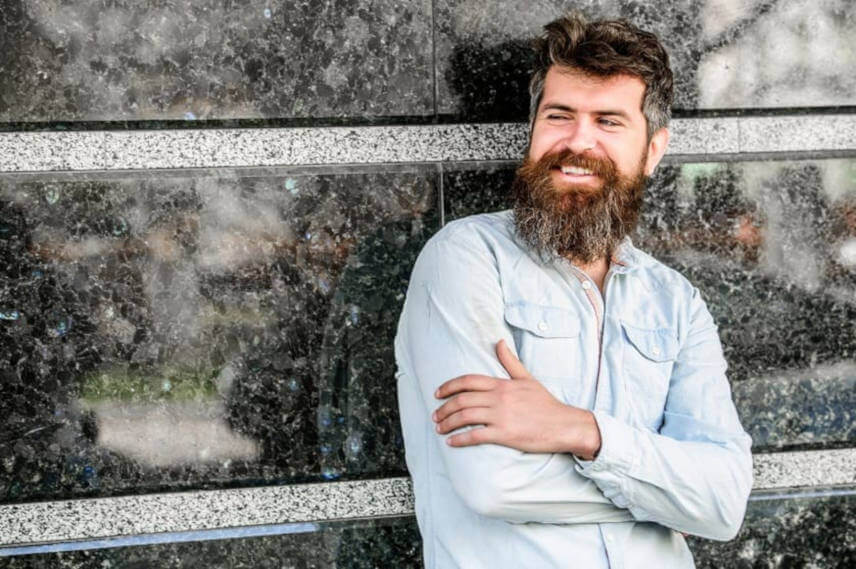 What to Do in Cases of Beard Hair Loss?

Alopecia barbae or beard hair loss is a disease that makes it difficult to grow facial hair. However, this form of alopecia does not follow a common pattern: when and where bald spots appear is unpredictable. It is certain however that all the hair on the affected spots will fall out: these spots are bare as if they were clean shaven. Read more about this hair loss disorder below.

The technical term for visible hair loss is alopecia – and barbae stands for beard. If facial hair growth is sparse, leaving behind circular coin-sized bald spots, this is most likely a hair loss disorder. The alopecia can affect the beard on the cheeks, upper lip, chin or in the neck area.

From a medical point of view, beard hair loss is a subtype of the circular hair loss (alopecia areata). This disease is similar to its beard counterpart, but affects the hair on your head.

Comparison with Other Hair Loss Types

To summarise the three most common hair loss types are:

Hereditary hair loss is not a disease in the narrower sense, but a genetically hormonal condition of aging. In men it appears much more visible as you get older. Here the hair starts falling out from the hairline, followed by a bald spot which will continue to grow.

In women, hereditary hair loss usually occurs in the apex area (top of the skull). In the case of diffuse hair loss, the hair density generally decreases thus becoming thinner. Causes can include stress, lack of nutrients, infections or taking certain medications.

The third form is considered an autoimmune disease – the circular hair loss, which can also affect the beard. Alopecia or alopecia barbae is directly caused by a disturbance of the body’s defence.

Dysregulation in the Immune System

The occurrence of these hairless patches in an otherwise filled beard – is based on an autoimmune event. The reasons for this have not yet been fully clarified.

The triggers that causes the immune system to suddenly get confused are not well understood. What is clear is that the body’s own defence system is not directed against outside pathogens as usual, but rather against its own cells.

In this case, it attacked healthy beard hair cells in sharply circumscribed zones. Immune cells impact the hair follicles directly, causing inflammation and weakening them so that the beard growth comes to a standstill.

The Causes of Alopecia Barbae

According to current knowledge, there is a certain degree of hereditary disposition which promotes the occurrence of circular alopecia on the beard and on other areas. Beard hair loss is more likely to occur, if others from your family also are affected by it.

In addition, every tenth person with Down syndrome also suffers from circular hair loss. This corresponds to a noticeable five to ten times higher incidence than in the general population.

Genetic factors and various external influences are the main causes of this disease. Possible causes of the occurrence of alopecia on the beard include:

Who is Affected by the Disease?

The causes of beard hair loss is relatively unknown and therefore can affect a wide variety of people. While the beard growth area occupies only a small area segment of the total body area it can have a negative affect on self-esteem. This special type of alopecia however is typically limited to male adults.

You should seek advice at the latest when fingernail-sized beardless patches emerge and these expand to coin size, possibly even appear as several adjacent spots which merge into a single larger bald spot.

Beard hair loss can usually be detected quickly. Plucking tests on the edges of affected areas tend to show that the hair on the outside of the bald spots can easily be pulled out. You usually do not need to undergo tests such as a scalp biopsy.

What are the Possible Treatment Options?

The good news for beard hair loss sufferers is a relatively high spontaneous healing rate. Often the destructive immune cells stop their activity suddenly and the beard will eventually grow back. If this is not the case, zinc supplements can help with regulating the immune system in certain cases. Cortisone injections or creams containing this are often used against alopecia barbae.

Should the disease persist, a topical immunotherapy is a possible treatment option. In this quite complex therapy, an allergic dermatitis is deliberately created to distract the immune cells away from the hair follicles.

However, the success rates of this treatment is hardly higher than the spontaneous healing. If conventional therapeutic approaches fail, a hair transplant can fill up the bald spots with natural hair. This option is becoming more and more popular with alopecia areata in the beard area.

Localised hair loss in the beard occurs unexpectedly and often disappears just as spontaneously. The causes of the disease are largely unexplained, similar to other types of autoimmune diseases.

If there is no spontaneous healing and none of the common forms of therapy works, then a beard hair transplant may be the solution. With the hair implantation healthy hair follicles are transplanted to the bald spots. Today advances in hair surgery allows people suffering from alopecia barbae to do something about it. 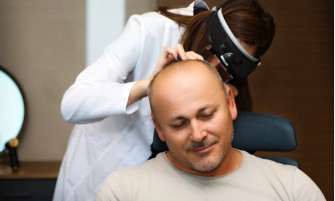 Use our FREE hair calculator to estimate the number of grafts you need.

I want to try it!

What is the Most Successful Treatment for Hair Loss in Men? 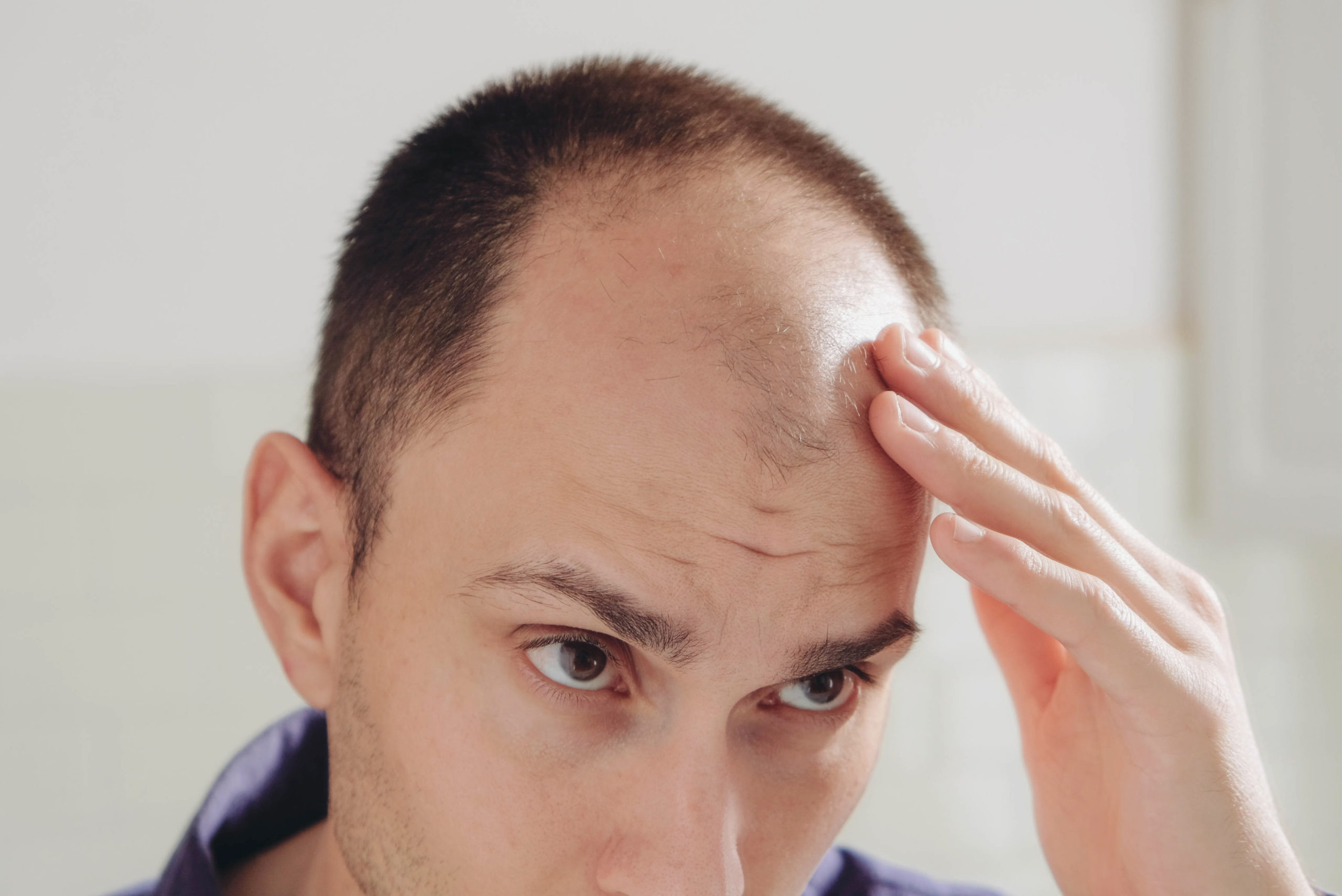 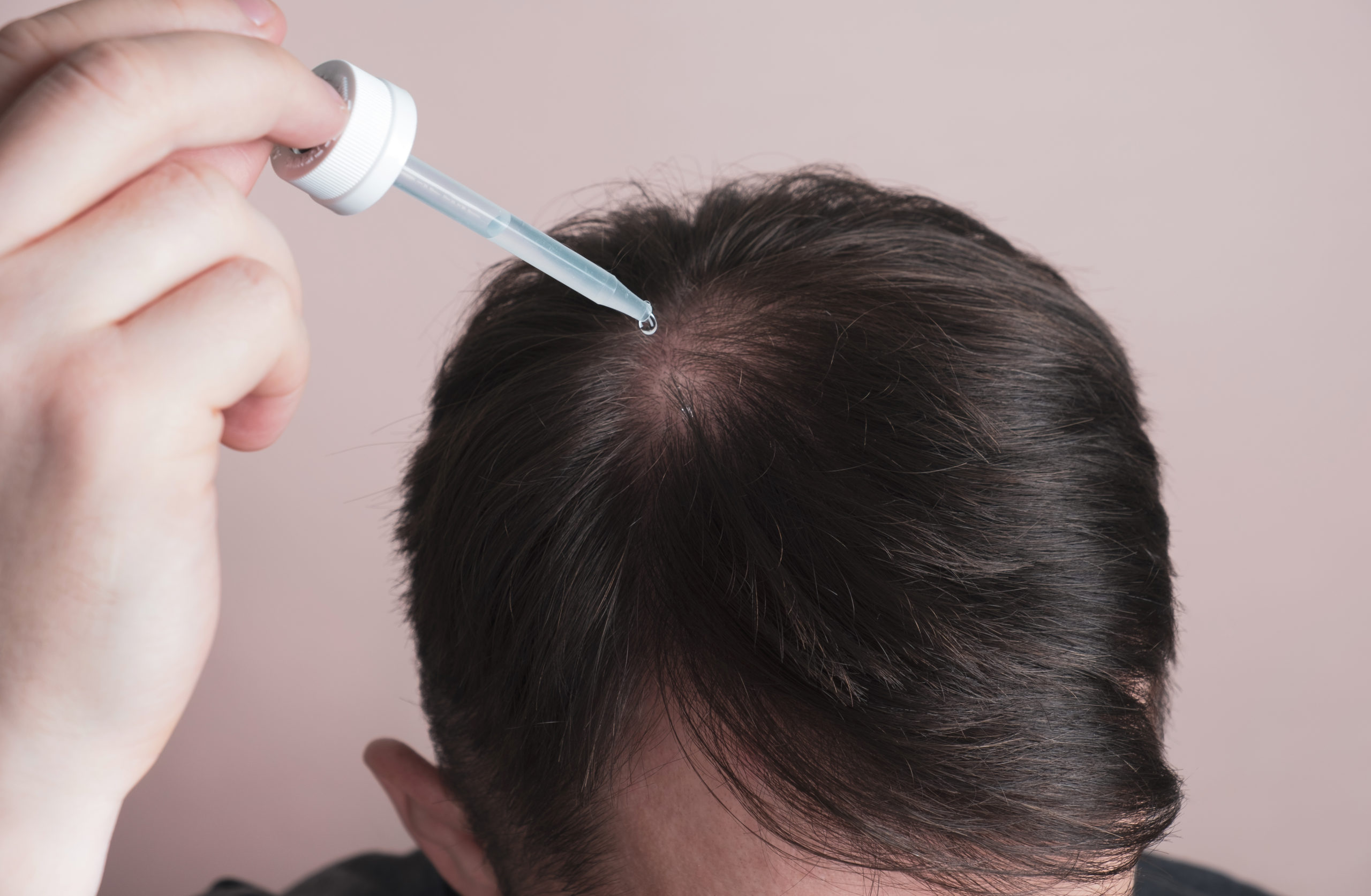 Minoxidil is Not the Best Solution for Hair Loss 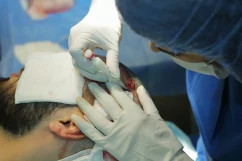 The method that does not require the additional opening of channels.

The sapphire blade allows precise opening of the channels.

The ideal treatment to obtain a dense beard